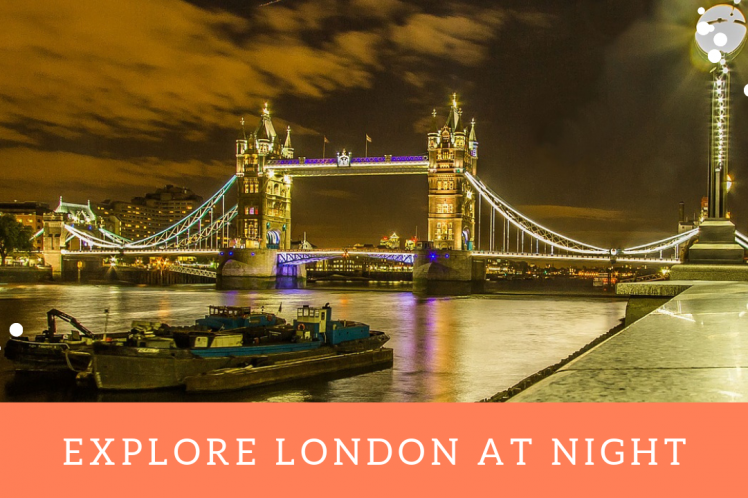 London is a city that never sleeps – whatever the time of night, there is always something to do. In fact, the hardest task is actually choosing between the myriad of activities available.

Book Park City Grand Plaza Kensington and take a night time stroll to see famous buildings like the Houses of Parliament, Buckingham Palace, St Paul’s Cathedral and the Tower of London lit up at night.  Such buildings look very different at night and make wonderful photographs.  Even walking along the River Thames is an adventure, as the lights reflect and twinkle in the ever moving waters. Take a stroll across the Millenium Bridge to the South Bank.  Look back and see the full glory of St Paul’s Cathedral outlined against the night sky. Or take a ride on one of London’s many night buses and watch the streets pass by.

Stop off for a drink at restaurants in Kensington London or in one of the many hundreds of pubs to be found around London. This has always been a traditional night time activity for Londoners, where you can try a beer, gin, glass of wine or soft drink and may be even an evening meal.  There are some really historic pubs in the centre of London such as the Lamb & Flag in Covent Garden (popular with Charles Dickens), or the Cheshire Cheese in Fleet Street.  The Cheshire Cheese is really atmospheric and reminiscent of times gone by with its small rooms and dark wooden paneling.

Head for one of London’s high spots like The Shard or the London Eye to see London from the air.  The views are truly spectacular as you can see for miles across the city.

Perhaps you prefer spending an hour to two hearing tales of terror, of ghosts and murderers?  Then search out one of the many ghost walks or Jack the Ripper walks that are held every evening. Such walks usually start from outside an Underground station, and a guided takes you around streets and alleyways telling all kinds of ghostly tales.  The London streets will never seem quite the same again!

For those who feel like pitting their wits against the clock, there are many escape rooms situated around the capital offering the opportunity to join others in team efforts to solve puzzles, use logic and try to escape from locked rooms.

The West End has always been a centre of entertainment, with its many nightclubs, pubs, restaurants and theatres.  There is an immense choice of venues, and a visit to the ticket office in Leicester Square will quickly identify which theatres have spaces on offer.  Quite often there can be last minute cancellations even at previously sold out productions like Les Miserables so it is worth checking to see what is on offer.

Wherever you are in London, there is guaranteed to be a pub within easy distance.  Just stroll around and search out the characteristic pub sign and sounds of laughter and voices.  Step inside and relax with a beer or drink of your choice.  In doing so, you will be following in the footsteps of Londoners across the ages, for this has always been a popular nighttime activity.