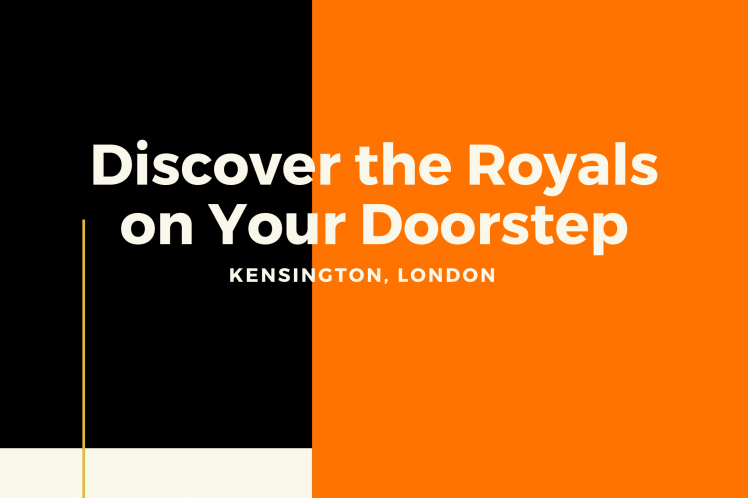 With a stunning royal palace, and lots of royal connections on your doorstep, staying at Park City Grand Plaza Hotel in Kensington offers a superb chance to explore this royal area.

Only minutes away from central London, Kensington has long been home to some of the most prominent members of the royal family.  This is where Princes William and Harry lived as children with Diana, Princess of Wales.  That same apartment in Kensington Palace is now home to Prince William and his family – his Duchess Kate and their three children. Even Prince Harry lived in one of the cottages in the grounds of Kensington Palace for a short time with Meghan Markle.

Not surprisingly, keen eyed tourists have been known to spot some familiar faces passing through the gardens, adjacent park and even in local shops. Kate, for example, dropped into Waterstones bookshop one quiet afternoon to choose some books for the kids while the Whole Foods store was popular with Meghan Markle.

The royal connections go back centuries.  Seeking a place to escape from the pressures of London life back in the seventeenth century, King William and Queen Mary chose Kensington as an ideal country location and started building what has become Kensington Palace.  Exploring the state rooms brings their royal life as well as their domestic one brilliantly to life.

Links with Diana, Princess of Wales are everywhere.  She knew Kensington well, both before and after her marriage, as well as being her home following her divorce.  Kensington Palace still owns many of her most iconic dresses, and has displayed them in special exhibitions. Stroll into Kensington Gardens and find one of her favourite spots – the Sunken Garden now covered in her favourite white flowers – which was also the venue for Harry & Meghan engagement photographs.

You can also read: Star-Studded Nights Out at The London Theaters

Head out of the palace gardens towards Kensington Gardens and find CaféDiana – which she often dropped in along with her boys. In the Park itself, children love the fantastic playground with its pirate ship and beach created in her memory.  Equally popular is the Diana Memorial Fountain, perfect for little feet (and older ones!) to splash in the water, while relaxing in one of the prettiest of all Royal Parks.

No need to worry about public transport – everything is within walking distance when you are staying at hotels near Kensington.   This is one of the greenest, most pleasant and relaxing areas of London – no wonder the Royals like it!