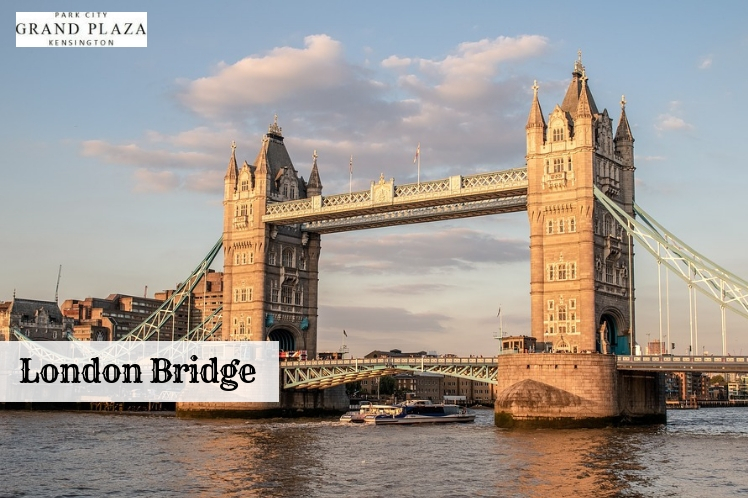 Walked across London Bridge recently? Then you are truly stepping into history.  The style is now ageless, with quiet stone arches spanning the river – but it was not always so.

There has been a bridge around this spot for over 2,000 years.  The Romans built the first bridge just a little to the east of the current bridge.  This bridge was successively repaired and improved, changed and altered over the next few centuries.

In Medieval and Tudor London, it became an incredibly crowded place. There were shops on either side of the bridge, jutting out over the river. There was even a chapel on one side of the bridge.  London Bridge was the only way people could cross the River Thames on foot – otherwise, they had to hire a waterman and his boat. While visiting this beautiful attraction of the city, the visitors can also book a stay at Park City Grand Plaza Kensington.

As all the arches of the Medieval London Bridge were built quite closely together, it meant that the waters underneath were confined, and rushed at an incredible speed through the arches.  Taking a boat through those arches required tremendous skill, and accidents were all too common.

Such was the importance of London Bridge that it was also used as a message, a warning to wrongdoers.  Above the gates and walls of London Bridge was a grisly reminder of their potential fate – the heads of executed traitors, murderers and thieves were left there to rot.

The London Bridge experience across the bridge in Southwark tells the tales of some of those wrongdoers, creating an extremely atmospheric attraction especially as the gaoler cleans and prepares head ready for display!

There is even a nursery rhyme which is sung by English children:

London Bridge is falling down, My Fair Lady.

The visitors can also rejoice the taste of local cuisines like Malaysian cuisines for which they can search for Malaysian restaurant in Kensington where they can get delicious Malaysian food.

Various verses talk about building it up with wood and clay, bricks & mortar, iron and steel and the problems the materials bring for example ‘Iron and steel will bend and bow’, ‘silver and gold will be stolen away’, ‘wood and clay will be washed away’.  The origins of the rhyme are lost in time, but many believe that it may refer to a Viking attack in 1014, or that the ‘Fair Lady’ was Anne Boleyn, Henry VIII’s second wife who was often described as a witch.

The existing London Bridge dates from the 1960’s. The previous one originally, built in 1831 was sold to the American’s and transported stone, by stone, to Lake Havasu in Utah.

If the visitors are facing any difficulty in traveling to different attractions or this attraction so they can take open-top sightseeing buses which will make their easy and comfortable at affordable rates.