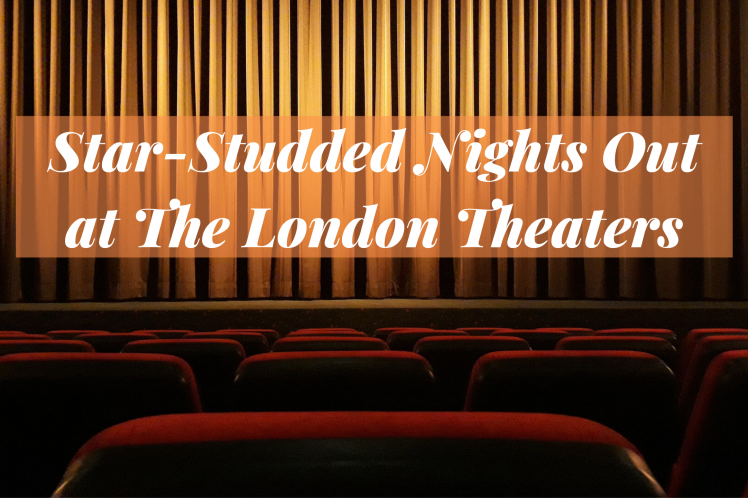 Looking for star-studded night out on the town? London’s West End has a fantastic lineup of shows – and some stunning ones are set to open this spring.

Tickets are selling for perennially popular shows like The Lion King, Wicked, Mary Poppins, TINA – the Tina Turner Musical, The Phantom of the Opera as well as Harry Potter and the Cursed Child. Les Miserables is still smashing box office records, thirty years after it first appeared on the London stage.

Joining such perennial favourites this spring are top shows like Prince of Egypt, Pretty Women, and Hairspray.

The ultimate classic love story opens in April at Shakespeare’s Globe with a new production of Romeo and Juliet, while over at Wembley Park Theatre the focus is on Sleepless: A Musical Romance. Based on the classic story Sleepless in Seattle, it tells the story of Sam who is forced to talk on air about his sleepless nights and a broken heart after his eight-year-old son phones a radio chat show.

Equally fun is the latest show at the Harold Pinter Theatre and close to the Park Grand Hotel Kensington, which is showing The Watsons, Jane Austen’s unfinished story. Just what can characters do when their author fails to complete the story? Find out in this spirited performance and decide for yourself whether you agree with the story ending.

You can also read: Take a walk on the Egyptian side of London

Over at the Duke of York’s Theatre, Noel Coward’s Blithe Spirit gets another outing involving a disruptive spirit brought into the home following a séance. Trying to get rid of the spirit is a much harder task. Another theatre classic opens at the Barbican Theatre with a retelling of Death in Venice dealing with an older writer drawn tragically to much younger youth.

Crime lovers will definitely enjoy the new 1940’s style film noir musical City of Angels at the Garrick Theatre. Fictional detective Stone tries to solve a murder mystery while his creator, Stein is trying to get his love life in order.

Blurring the lines between opera, house music and theatre; Orfeus at the Young Vic Theatre has its world premiere in April and is certain to attract a lot of attention while a resident at any of the hotels near Kensington High Street. The traditional Greek myth is turned into a story set in the near future, with Orfeus forced to discover his true nature in order to save his beloved Euridice from the control of his fascist father, Pluto.
As evening temperatures get warmer, attending an open-air theatre is a fun activity. Regents Park Open Air Theatre launches its summer schedule with 101 Dalmations, a musical based on Dodie Smith’s iconic story set in the heart of Regents Park.