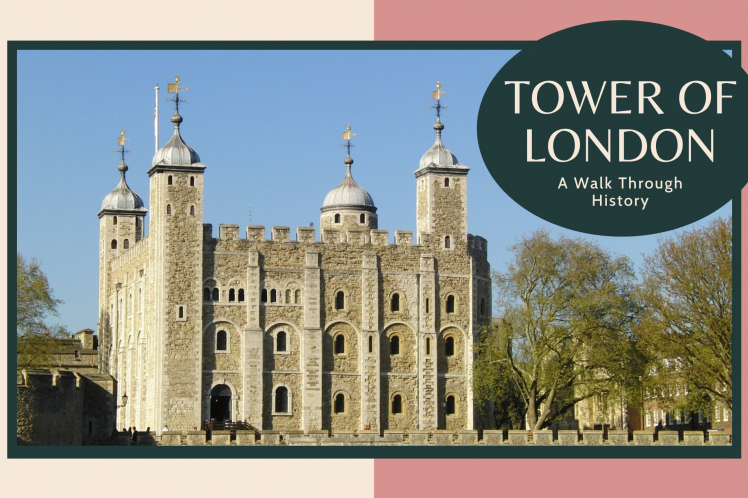 Standing proudly beside the Thames, the Tower of London has witnessed over 1,000 years of history.  Kings and Queens have ruled here, spies have been executed here and attempts made to steal the Crown Jewels. It has even been a home for wild animals and a Royal Mint producing coins of the Realm.

If you are staying at Park City Grand Plaza Kensington hotel then visiting the Tower is definitely a fantastic walk through history.   Discover the stories of the people who have lived here over the centuries, many of whom died here executed on the orders of the King.  Queen Anne Boleyn was one such prisoner, as was Queen Katherine Howard.  Explorer Sir Walter Raleigh spent many years imprisoned within its walls and two royal Princes disappeared, never to be seen again.  Did their uncle murder them? Look at the evidence and make your own decision.

Take a look at the weapons stored in The Armouries and discover how they were made and used.  Can you wield a sword like the armoured knights of old?  How about building a cannon?  Do you have the strength to fire an arrow from a war-bow?  It is harder than it looks.

What was the Tower’s role in the countless rebellions and dramatic events that have taken place? Why was it regarded as one of the safest places in the kingdom?  And how did it become the home of the Crown Jewels?  Discover the weight of the Imperial State Crown and why St Edward’s Crown is only worn at the Coronation. Displays and exhibitions highlight the Tower’s fascinating story,

Grab an early breakfast at any of the restaurants in Kensington London and join one of the free guided tours by the Yeoman Warders to hear more about the history and role of the Tower, as well as the Warders themselves.  Wearing uniforms that date back to the sixteenth century, they have a very special role to play not just within the Tower of London, but also on many Royal ceremonial occasions.

Walk around the ramparts of this historic castle and discover just how large it really is.  Even the turrets hide unexpected secrets worth discovering.  There are also great photo opportunities from the ramparts looking out over the castle, the river Thames and Tower Bridge.

Not surprisingly, The Tower of London is one of the most popular of all attractions so reduce the inevitable queuing by pre-booking your tickets.