Where to Find the Hidden Gems of Kensington 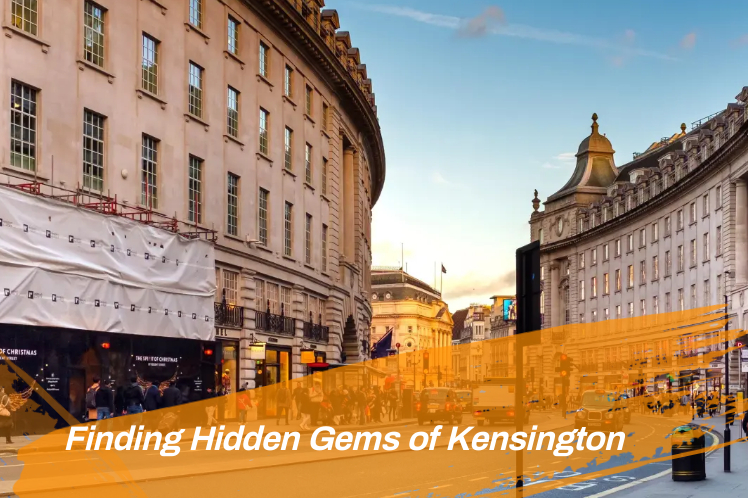 Where to Find the Hidden Gems of Kensington

Whether it’s your first or your tenth time visiting the beautiful capital city of London, there’s always something new to see and do. Kensington is one of London’s most exciting neighbourhoods, home to famous sights such as Kensington Palace, Harrods and many museums, such as the Science and Natural History museums. But if you’ve already visited the city, you might be looking for local attractions and undiscovered tourist spots to explore a new side of the city. Luckily, Kensington has plenty of hidden gems on offer and makes a great place to stay while you’re in London.

You can also read: HARRY POTTER TOUR OF WARNER BROS. STUDIO WITH TRANSPORT FROM LONDON

Let's Explore them all one by one:

When visiting London, many people love to visit the stunning royal parks such as Hyde Park or St. James’. But Kensington is home to one of the city’s smaller but no less amazing green spaces, Holland Park. The park not only has a wealth of beautiful architecture and spaces to explore, such as the orangery, Belvedere restaurant, cricket pitch, tennis courts and a rose garden, but it is also home to the famous Kyoto Garden. The Kyoto Garden is one of London’s only Japanese gardens, which you can take a stroll around to see Japanese flora and fauna, as well as a pretty koi pond and waterfall. The wider park is also home to stunning peacocks and an open-air theatre, making it the ideal place for a picnic or excursion while in Kensington. This amazing Kyoto Garden is easily accessible from one of the luxury budget hotels in Kensington where Londoners often stay due to affordable accommodation when visiting London for a longer period of time.

Although many people who visit the area automatically choose to visit the most famous Kensington Palace, or may even be aware of the houses on Billionaires Row, Bishop’s Avenue, there is another secret celebrity home nearby. At 28 Logan Place, you can find the former residence of Queen frontman and superstar Freddie Mercury. The home is still resided in by his former love, Mary Austin. Whether you are a Queen fan or have recently seen the film Bohemian Rhapsody on the big screen, it’s a must visit while you’re in Kensington.

Everybody needs to eat but if you’re craving some good food with a twist, visit the Churchill Arms. Arguably London’s most famous pub, the Churchill Arms transitions beautifully through the seasons. In summer, it is covered head to toe in thousands of beautiful flowers – you almost can’t see the front door! If you’re visiting in winter, hundreds of twinkling fairy lights and Christmas trees are added to the display, making it one of the most decorated pubs in London. They have also been regularly voted as having the best Thai food in the city too! If you’d rather stay in and escape the cold, the Jasmine restaurant at the Park City Grand also serves delicious Asian fusion cuisine, perfect for a cosy evening inside.

If you’re visiting London, it’s likely you’ll quickly tick popular museums, such as the Science and Natural History Museum, off your list of attractions. However, London is a city full of history and has many more museums to offer. In the heart of Kensington lies a pretty townhouse, hiding a fascinating interior and history. The house once belonged to Lord Frederic Leighton and houses his private art collection, amongst other valuable pieces of furniture, historical items and lavish gold decorations. Not only is it free, but it is next to Holland Park and is the perfect escape indoors if you’re unexpectedly faced with rainy weather.

Getting to Kensington and travelling around the area couldn’t be easier, with many tube and bus services close by, as well as national rail services.

High Street Kensington and South Kensington are both on the District & Circle Lines, while Holland Park and Notting Hill are on the Central Line. All stations are just a few stops from either Victoria or Paddington, where you can find national rail trains across the country, as well as to nearby airports.
Many bus services run throughout Kensington, including the 27, 328, 49 & 9. Staying at the Park City Grand Plaza Kensington means you won’t have to travel far to reach all of London’s best attractions, and many of these hidden gems can be reached quickly on foot.