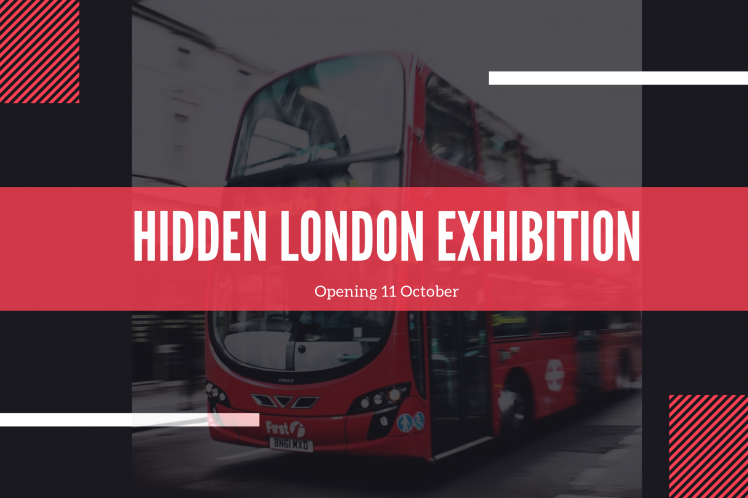 We take the underground for granted when travelling around London. It’s quick and simple to use.  But over a hundred years ago, it was a novelty – the first-ever underground railway and set a trend copied all over the world.

Hidden London is a new exhibition at the London Transport Museum and can be visited between October 11, 2019, and January 2020.  Whether young or old, a transport aficionado or just plain curious – it is hard not to be fascinated by the stories of this hidden world.

Take a look at memorabilia, archive photographs, documents and vintage posters revealing what it was like to travel on that early railway system.  Find out about the closed and lost stations, or tunnels that are no longer used.  Aldwych is now a popular destination for film companies keen to film amid its atmospheric corridors and platforms.  Down Street Station was turned into a military bunker during WW2 and even had its own military telephone exchange while King William Station only lasted for a few months before closure.

Book a stay at Park Grand Kensington and discover the secrets of Clapham South and how lettuce destined for London restaurants is now grown in its tunnels. Try your hand at being a telephone operator within the Down Street bunker – it was definitely not an easy task connecting up calls especially when under pressure.

There are also special tours of the London Underground system enabling you to go behind the scenes at various stations like Euston, Piccadilly or Aldwych.  These tours do have to be pre-booked and do tend to book up quickly because they are very popular.  Some of the tours also include a complimentary film screening where you can watch films that have been made on site.

Some of the stations involved in these tours are some way out of central London but are worth considering as they offer something very special as regards their stories.  Take Clapham South for example – this is one of the busiest sections of the underground system in South West London.  Its deep tunnels provided shelter not just during WW2, but also initial accommodation for Caribbean migrants arriving on the Empire Windrush followed by thrifty visitors to the 1950’s Festival of Britain!

For richer experience, try booking any of the hotels near South Kensington to avoid spending fare on travelling to reach most of the popular tourist attractions.