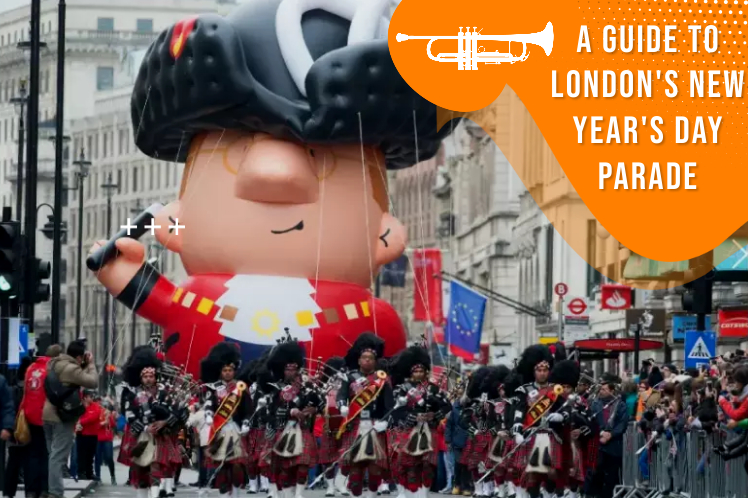 London’s New Year’s Day Parade is one of the most exciting events in the city’s calendar. With Christmas and New Year’s Eve fast approaching, many people have made plans for these two huge holidays but there is no better way to kick of 2023 than by attending one of London’s biggest street parties. The New Year’s Day Parade began back in 1987 and to this day, up to one million people line the streets of the capital to enjoy a celebration of music, dancing and more. The parade is representative of Britain’s love for pomp and pageantry, with participants including military bands, dancers from Latin America, Asia and Africa, and huge floats and inflatables which will travel the streets of London. There will also be pop groups, such as Scouting for Girls and Toploader, a number of local schools and charities, marching bands, classic cars and horses!

You can also read: Glamorous Kensington – Why You Need to Visit This Area of London

This year, London’s New Year’s Day Parade will begin just outside Green Park Station on Piccadilly. The parade will begin at 12pm noon and finish at 3:30pm. The route of the parade will begin outside the station, before heading to Piccadilly Circus, along Regent’s Street and down Pall Mall, before parading all the way along Whitehall and finishing near Birdcage Walk and Buckingham Palace. It’s always best to stay near the parade ground to get the best stand position in the front for that matter book budget accommodation near Kensington just few steps away from Green Park Station.

As the New Year’s Parade is extremely popular, it is highly recommended to arrive as early as possible to secure a spot along the road, however it is not necessary to stand at the start of the parade, as it will pass through most of central London and there is plenty of space for everybody. For the best view, some great places to stand include Green Park, Regent Street, St. James’ Park, Trafalgar Square and Whitehall.

Unfortunately, tickets for the Grandstand are now sold out, however if you have been lucky enough to secure tickets already, you will need to arrive at your seating location by 11am.

If you plan to stand at the start of the parade, there are a number of easy ways to arrive. Buses are likely to be cancelled or on diversion as many roads will be closed for the parade, therefore the tube is the best way to travel. Green Park Station is on both the Victoria and Jubilee Lines, which can transport you to national rail stations such as Victoria Station.

To reach other areas of the route, take the tube to stations such as:

If you’re planning to spend New Year’s in London, consider staying in nearby Kensington, which has easy access via bus, tube, bike and on foot into the West End. At Park City Grand Plaza Kensington  you can enjoy a comfortable NYE stay and celebration in the capital, and be close enough to attend the parade on 1st January, just a couple of tube stops away.