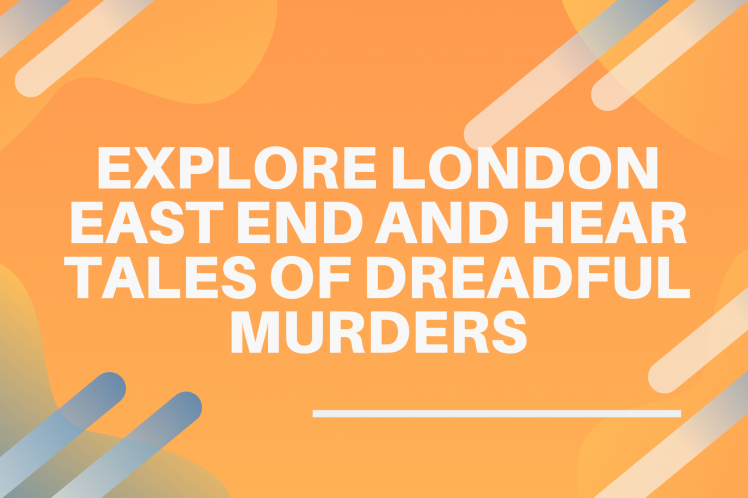 Looking for something different to do at night? Then why not book a stay at the Park City Hotel London and take a walk exploring the most horrific murders that ever took place in London.

1888 was terrifying autumn for anyone living in London’s East End. Jack the Ripper was on the loose, and no one knew who would be next.  All the victims were prostitutes – and their bodies horribly mutilated. These were murders that caught the attention of everyone, including Queen Victoria who ordered that the police must do all they could to find the killer. Newspaper headlines charted every murder, and every possible solution.

Then suddenly, the murders stopped – but the killer had not been identified. The police had lots of suspects including a royal doctor, a royal prince, a tailor, and a butcher.  Over 100 years later, people still debate the identity of Jack the Ripper putting forward more and more names.

Every night, groups of people set out on Jack the Ripper walks around Whitechapel.  Led by specialist guides the tours take participants into the darkened alleys and point out the buildings and streets where he carried out his deadly task.  Comparing the buildings of today with the grainy black and white Victorian photographs shown by the guides; it is easy to identify the exact locations. Walk along the cobbled pathways of Gunthorpe Street in the footsteps of Martha Tabram and Jack the Ripper, or stand outside the former convent where his last victim desperately sought shelter.  Take a look at the historic building where one suspect worked as a barber. Listen to the evidence and make up your own mind as to whether any of the suspects could have been Jack the Ripper.

Although lasting up to three hours, the walks are easy on the feet. You stop at regular intervals to hear stories about what happened at different locations, and to study the photographs and images passed around by the guide.

Atmospheric, emotional and intensely memorable, these walks provide a glimpse into the turmoil of those dramatic months when Jack the Ripper became the scourge of London’s East End.

For a richer experience, try booking any of the hotels near Bupa Cromwell Hospital to avoid spending fare on travelling to reach most of the popular London tourist attractions.