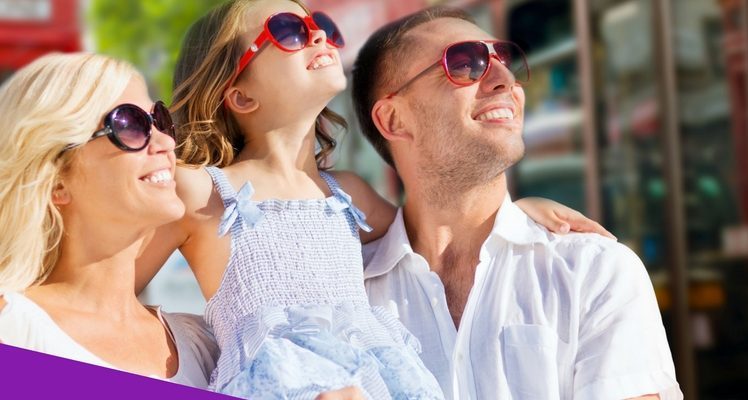 Keeping kids busy and active while in London is very easy, because there are just so many places to go and things to do which are guaranteed to entertain them.  Here’s just a few of the possible options!

Want to take advantage of the incredible museums in London? By far the most interesting museums for kids are close by in Kensington.  Take a trip to the Museum of Science & Technology where there are lots of hands on activities, as well as informative displays. Watch some science films in the huge Imax theatre, take a virtual reality into space accompanied by UK astronaut Tim Peake, discover how steam power revolutionized industry and think like a scientist in the Wonderlab.

Once you have exhausted the activities at the Science Museum, simply head over the road to the Natural History Museum for a look at the stunning creatures past and present who populate our world, from the tiniest insects to massive mammals such as dinosaurs.  Take a look at beautiful fauna and flora, discover the secrets of meteorites and venomous creatures as well as the earliest humans to live in Britain.

Want to take a look at some living animals? Then head for London Zoo.  This is one of the oldest zoos in the world and has featured in many films including Harry Potter & the Philosopher’s Stone. The famous scene in the reptile house took place here.  While at the zoo, you can spend some time in the Land of the Lions and Tiger Territory.

Take a trip on the top deck of a City Sightseeing bus and discover the sights of London from a very different angle.  Go on the London Eye for some spectacular views or enjoy a James Bond style jet boat ride down the River Thames from Westminster Pier.

London is renowned for its eye-catching, dramatic pageantry.  Visit Buckingham Palace to see the daily Changing of the Guard ceremony, and try to spot whether H.M the Queen is in residence. (Hint – look at the flagpole. If the Royal Standard is flying, she is there; but if she is not then the Union Flag is flown).  A short walk away at Whitehall, another Changing of the Guard ceremony can be watched this time involving the Horse Guards complete with swords and elaborate helmets.

The Tower of London is one of the most essential places to visit with kids.  Who can fail to be enthralled by the stories of the tragic Princes in the Tower, of Henry VIII’s wives, of a young Princess Elizabeth (later Elizabeth I) sitting on the steps and refusing to enter, of spies and attempts to steal the Crown Jewels.  Stroll along the ramparts and meet the Ravens, talk to the Yeomen Warders and marvel at the priceless Crown Jewels, which are still in regular use at the State Opening of Parliament.

Need time to let off steam? A visit to one of London’s Royal parks such as Hyde Park and Regents Park provides space to run around, or you can take a trip out to Windsor and visit Legoland. Book your stay at hotels near South Kensington at central London.