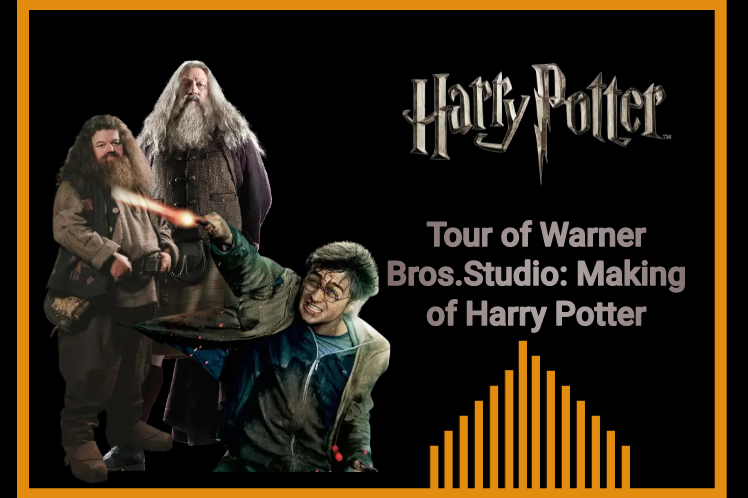 Experience the magic of Harry Potter on a tour of Warner Bros. Studios: The Making of Harry Potter. If you’re a fan of the books or movies, or know someone who is, there is no better experience while you’re in London than to see where the movies were made. The studios, located just outside London in Leavesden, are a huge complex where you’ll find life size film sets such as the Great Hall and Diagon Alley, huge rooms filled with original props from all eight movies, and even more behind the scenes information, stories and items about how everyone involved brought the movies to life.

You can also read: VISITORS GUIDE TO NOTTING HILL CARNIVAL 2022 : EVERYTHING YOU NEED TO KNOW

You can learn all about the detail that went into creating props, such as wands, masks and magical items. There’s even a scale replica of Hogwarts castle! Find out the CGI secrets used to create magical creatures such as dragons and unicorns, try a taste of butterbeer and have a walk around Number 4 Privet Drive to see where it all began. Not to mention, take some photos on the Hogwarts Express and perhaps pick up a Chocolate Frog or some Bertie Bott’s Every Flavour Beans in the gift shop!

Kids and adults alike will love Warner Bros. Studios and leave with a new love and appreciation for the Harry Potter books and films which changed the lives of children and brought magic to everyone. You can enjoy your stay in budget hotels in Kensington, London while enjoying your trip to Warner Bros. Studio that will not break the bank.

There are so many exciting things to see at the Harry Potter it’s hard to choose just a few. Luckily, you’ll get a full 4.5 hours to explore and make the most of the tour. When you arrive, you’ll get to see the stunning Great Hall with glittering, floating candles and the house tables just like in the movies. If you’re visiting over Halloween, there will be spooky ghosts and floating pumpkins, and you can see the Gryffindor common rooms, Potions classroom and even Dumbledore’s office!

You can’t miss walking down the real life Diagon Alley where you can look into the shop windows and see magical items, or see the eye-popping displays at Weasley’s Wizard Wheezes. Recently opened is the full, life-sized replica of Gringotts Bank which you can walk inside and admire the stunning marble hall, see inside the vault of Bellatrix Lestrange and feel the fear as a dragon thunders through the building. Also check out the real-life Knight Bus, made from two real London double decker buses!

There’s so much to see at Warner Bros. Studios, whether you want to wander through the Forbidden Forest to see Aragog or new for 2022, visit the greenhouses to see where mandrakes grow – even for those who aren’t super fans, there’s always something new to discover.

Warner Bros. Studios is around a 2-hour drive from London so it can’t be easily accessed by public transport. The Harry Potter Tour will pick you up in an exclusive air-conditioned coach and take you directly to the studios so that you have a full 4.5 hours to enjoy everything on offer before returning.

Tours leave from Victoria, right in the heart of London so it will be easy to arrive and leave from wherever you’re staying. At Warner Bros. Studios, you will receive an audio guide (available in multiple languages) so that you can visit all of the attractions at your own pace, and still have plenty of time to have a bite to eat and buy some souvenirs to take home.

Our coach tours leave regularly from close to Victoria Station. This is easily accessed via the District, Circle and Victoria tube lines. If you’re arriving by bus, Victoria Bus Station can also be reached via the 38, 36, 390, 2 and many other buses.

If you are visiting from further afield, Victoria Station can be reached by National Rail Services, or alternatively you can also arrive by coach to Victoria Coach Station which is a five-minute walk from our meeting point.

Visiting the studios is a full day adventure and tours often leave early. If you’re looking for somewhere to stay after a full day of adventure, the Park City Grand Plaza hotel is conveniently located in Kensington, just a few stops from Victoria so that you’ll have a comfortable and relaxing place to stay after your tour.