Your Guide to Father’s Day in London 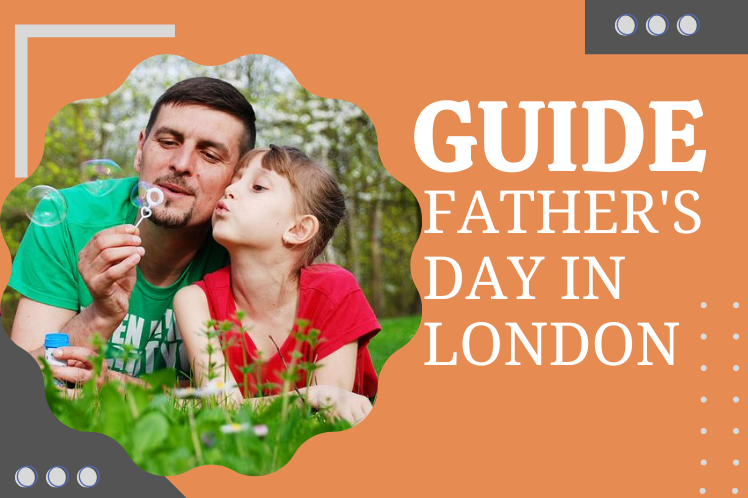 Your Guide to Father’s Day in London

Father’s Day is just around the corner on Sunday 19th June, and if you’re struggling to find a last-minute gift, spending the day treating him in the capital might be the answer to your prayers. No matter what your father is interested in, you will find it in London – from brewery tours and steak restaurants, to BBQ feasts and golf clubs. A variety of London’s best restaurants and attractions are offering special Father’s Day experiences, which will leave you both with a full stomach and happy memories.

Best Things to Do on Father’s Day

To really spoil your dad this weekend, book tickets to one of the amazing shows on in London’s West End. If you’re visiting with kids, shows like the Lion King or Frozen, showing at Theatre Royal, are perfect. For adults there’s a huge range of options such as the Book of Mormon, Mamma Mia or Hamilton. You can also go for something more unusual and treat him to a Shakespeare play at The Globe. All of London’s major shows are centrally located meaning you can combine an evening theatre trip with excellent food or sightseeing in the heart of London.

Head to a Special Event

This weekend there are a number of exciting events being hosted in London which would make a great Father’s Day outing. The most delicious of these is Taste of London festival, which is popular year after year for serving up some of the best food around. You’ll find everything from Asian to Mexican cuisine as well as lots of excellent bars and cocktail stands. Also food related, the Soho food festival will be featuring stalls and bars from some of the area’s best restaurants, at a more affordable price.If you really want to spoil your father, Royal Ascot kicks off this weekend, making a lovely day-trip just outside London, where you can put on your fanciest outfit, sip champagne and watch the races in the British sunshine.

Dine at a London restaurant

London undeniably has some of the best restaurant in the world, and many of them are hosting special meals and offers just for Father’s Day. If your dad has a love for all things spice, Indian restaurant Brigadiers is opening as a one-off on Sunday serving up special Father’s Day Feasts which include dishes such as prawn biryani and lamb keema. For whiskey lovers, Bentley’s Restaurant is offering a three-course menu with champagne, as well as a whiskey tasting experience. To really push the boat out, you can treat him to a limited edition three course traditional British meal at Searcy’s at St. Pancras. Finally, Jasmine Restaurant at the Park City Grand Plaza serves up an excellent range of Pan-Asian cuisine, such as Beef Rendang and Nasi Goreng if your father is a fan of fiery far-eastern flavours.

Treat him to a luxury hotel

After a long day of attending London’s many festivals and events, and enjoying some great food and drink, it would be a shame to simply return home. Treating your father or loved one to an overnight stay will be a memorable gift that will also allow you to enjoy London to the fullest. Park City Grand Plaza Kensington budget accommodation is conveniently located near Kensington, just a short hop from the bright lights of the West End and central London’s best restaurants. Not only will you get to enjoy a relaxing and comfortable night in the city, but you can share a delicious breakfast with your loved one before heading home or out to explore the capital.

Getting Around London on Father’s Day

To get into central London via National Rail, you can catch trains to many mainline stations including London Victoria, St. Pancras International, Euston or Waterloo.

Tubes and buses will be running over the weekend, although it will likely be busier than usual.

Earl’s Court, Gloucester Road and High Street Kensington are all within walking distance from Park City Grand Plaza, easily reachable by bus or train and just a few stops from many of London’s most famous attractions such as the London Eye, Southbank, Hyde Park and Buckingham Palace.